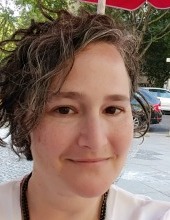 Hilla Lavie finished her dissertation on "Imagining a Jewish State after the Holocaust: Representations of Israel in 1950s-1960s West German Films" in spring 2020 at the Koebner Minerva Center for German History under the supervision of Prof. Moshe Zimmermann and Prof. Ofer Ashkenazi. She is now a post doc fellow at the Center  and as editor responsible for the Center's annual academic publication of  "SLIL - Online Journal for HIstory, Cinema and Television".

Read More
Hilla Lavie holds an MFA (film directing) and MA (film studies) from the Department of Film and Television, Tel Aviv University. Her MA Thesis, supervised by Prof. Moshe Zimmermann, won the Goldhirsh Prize for a thesis in the field of Holocaust research, 2014.  Dr. Lavie was a guest scholar at the Dubnow Institute in Leipzig and at the Friedrich Meinecke Institut at the Freie Universität Berlin with the support of Armbruster fund. Her research won The Simon Wiesenthal Prize for a dissertation in the field of Holocaust research, 2018.

"A Critical Look at the Beloved Land: Two West-German Documentary Films Made by Israelis in the 1960s and 1970s", Leo Baeck Institute Year book, 2018. 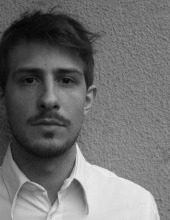 Post Doctoral Fellow
petersen.felix@gmail.com
Felix Petersen is a Minerva Post-Doctoral Fellow at the Richard Koebner Center for German History. His PhD ("Democracy, the State and the People: From the Invention of the Democratic State to the Rise of the Contentious Polity") traces the idea-historical construction of democracy as both, form of state organization and practice of citizen politics against the state.
Read More
Currently, he works on a second book project reconstructing the gradual democratization of state and society in Germany between 19th and 20th century. The project focuses in particular on the role and influence of political counter movements and political polarization on democratization and autocratization.
Read Less
Post Doc Fellow
mirsz1@gmail.com