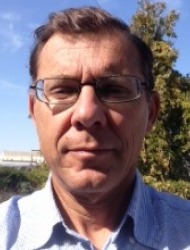 Tibor Shalev-Schlosser is writing his PhD on the subject of Israeli – German relations since the reunification of Germany and their impact on the national interests of the state of Israel, supervised by Prof. Moshe Zimmermann.He also works at the Ministry for Foreign Affairs.