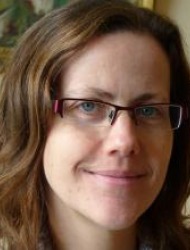 Sarah Wobick-Segev is a Minerva Postdoctoral Fellow at the Richard Koebner Minerva Center for German History at the Hebrew University of Jerusalem. She is the author of Homes away from Home: Jewish Belonging in Twentieth-Century Paris, Berlin, and St. Petersburg (Stanford University Press, 2018) and, together with Dr. Gideon Reuveni, co-editor of The Economy in Jewish History: New Perspectives on the Interrelationship between Ethnicity and Economic Life (Berghahn Books, 2011). She has recently published articles in Jewish Social Studies and German History. Presently, she is working on her second monograph, an investigation of several prominent Central European Jewish women who, through their work and writings, served as public producers of Judaism and Jewish religious culture.

2012-2014       Postdoctoral Fellow, Department of History and the Center for Jewish studies, University of Wisconsin-Madison

The Economy in Jewish History: New Perspectives on the Interrelationship between Ethnicity and Economic Life edited by Gideon Reuveni and Sarah Wobick-Segev (Berghahn Books, 2011).

“Looking for a Nice Jewish Girl... Personal Ads and the Creation of Jewish Families in Germany before and after the Shoah.” Jewish Social Studies 23:3 (2018).

“’The Religion We Plant in Their Hearts’: A Critical Exploration of the Religiosity of a German-Jewish Family at the Beginning of the Twentieth Century”, Jewish History 28:2 (2014): 159-185.

“Buying, Selling, Being, Drinking; Or, how the coffeehouse became a site for the consumption of new Jewish identities” in The Economy in Jewish History New Perspectives on the Interrelationship between Ethnicity and Economic Life edited by Gideon Reuveni and Sarah Wobick-Segev (Berghahn Books, 2011), 115-134.

“Kaffeeklatsch: Tales from the Central European Coffeehouse and beyond. Review of Torberg, Friedrich, Tante Jolesch: or, The Decline of the West in Anecdotes.” H-German, H-Net Reviews (March, 2009).

“And you shall teach them to your children... or send them camping: Strategies for the ‘Rejudaization’ of children in post-war France, 1945-1950s.” Presented at “Child Survivors in the Immediate Post-War Period Workshop,” Jerusalem, Israel, July 5, 2017.

“Jewish ‘Thirdspace’ in East Germany from the late 1940s until the early 1960s.” Presented at “Spaces and Places in German Jewish Culture: An International Workshop,” Jerusalem, Israel, June 26, 2017.

“Serving a higher power: Spaces for Jewish religion and practice in East Germany in the 1950s and early 1960s.” Presented at workshop “Lived, perceived and conceived space,” Zikhron Ya’akov, Israel, May 29, 2017.

“Looking for a Nice Jewish Girl... Personal Ads and the Creation of Jewish Families in Germany during and after the Shoah, 1938-1953.” Presented at conference “The Holocaust and Its Aftermath from the Family Perspective,” Prague, Czech Republic, March 16, 2017.

“Having a Ball: Confronting Intermarriage in Paris and Berlin, 1890-1930.” Presented at the international workshop, “The Jewish Family Confronting Crisis in Modern Times (1800-2017): Divorce, Agunot and Inter-Marriage,” Akko, Israel, March 8, 2017.

“Love is in the Air: The Role of New Places and Emotions in the Jewish Marriage Market in Berlin.” Invited lecture at the Hebrew University of Jerusalem (Koebner Center), Jerusalem, Israel, December 7, 2015.

“Finding a Way Home in a Modern-Day Nineveh: Friendship and Fraternity among Immigrant Jews in Berlin during and after World War I” presented at the German Studies Association Annual Conference, Washington, D.C. October 3, 2015.

“How should we speak about the religion of ‘secular’ German Jews?” presented at the University of Wisconsin-Madison. April 25, 2013.

“Sites and Celebrations: Judaism and the Jews of Berlin after 1945” presented at the Association of Jewish Studies Annual Conference, Chicago. December 16, 2012.

“From the Mouths of Babes” presented at the Hebrew University of Jerusalem. March 12, 2008.

“Praying to Goethe, and other misadventures of three Jewish children in Breslau” presented at the conference “Cosmopolitanism, Nationalism and the Jews of East Central Europe” Central European University, Budapest. May 27-29, 2007.

“Creating the Jewish Public: Nineteenth-Century Hamburg Coffeehouse Life” presented at the annual conference of the Association for Jewish Studies. December 19, 2005.

“The Hep! Hep! Riots and the Jewish Push into the Public Sphere” presented at the annual conference of the Midwest Jewish Studies Association. September 18-19, 2005.

“Buying, Selling, Being, Drinking; Or, how the coffeehouse became a site for the consumption of new Jewish identities”, presented at the conference “Jewish History encounters Economy”, the University of Wisconsin-Madison. April 15-16, 2005.

“The Place of Jews in the German Coffeehouse: early nineteenth-century encounters” presented at the University of Wisconsin-Madison Graduate Student Forum: “Jews in the Eyes of Others”. March 9, 2005.

The University of Western Ontario