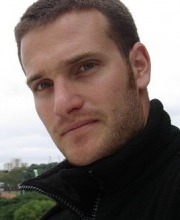 Oded Steinberg is currently a post-doctorate fellow in The Koebner Center for German History, HUJI, and The Humphrey Center for Social Research, BGU working on the theme of Historical Migrations among Anglo-German nineteenth century scholars. Recently, he held a joint postdoctoral fellowships at the Hebrew University of Jerusalem and in the Freie Universität Berlin (2015-2017). He  was trained as an intellectual and cultural historian at the Hebrew University of Jerusalem (History department and European Forum) and at the University of Oxford (DPhil, Lincoln College, History Faculty). His monograph, currently under review, is entitled: ‘RACIAL TIME’: RACE AND PERIODIZATION AMONG THE ANGLO-GERMAN CIRCLE OF VICTORIAN SCHOLARS. The monograph develops a novel argument of how historical periodization converged with racial, national and cultural themes and shaped the perception of certain English and German scholars during the second half of the nineteenth century.

In relevance to the central thesis of the book, he published an article on the unique periodization of E.A. Freeman in Modern Intellectual History (October 2016). Recently, he also published (co-written with Simon Cook) an article in Global Intellectual History (February 2017) on the longue durée and global historical reading of the famous economist Alfred Marshall. Marshall’s early readings, it is argued, contributes to the understanding of the emerging academic professionalism in Britain during the 1870s. Marshall’s readings also demonstrate the impact of German scholars on various disciplines in Oxbridge during the beginning of the 1870s.

His other publications include an article on the diplomatic activity of James Bryce who plead for the well-being of the Armenian communities living under the Ottoman Empire (Journal of Levantine Studies, Winter 2015). Another subsequent article titled ‘The Confirmation of the Worst Fears: James Bryce, British Diplomacy and the Massacres of 1894-1896,’ is forthcoming in the Études arméniennes contemporaines (special edition 2018).