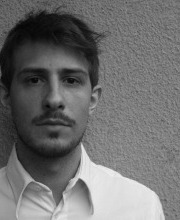 Post Doctoral Fellow
petersen.felix@gmail.com
Felix Petersen is a Minerva Post-Doctoral Fellow at the Richard Koebner Center for German History. His PhD ("Democracy, the State and the People: From the Invention of the Democratic State to the Rise of the Contentious Polity") traces the idea-historical construction of democracy as both, form of state organization and practice of citizen politics against the state. Currently, he works on a second book project reconstructing the gradual democratization of state and society in Germany between 19th and 20th century. The project focuses in particular on the role and influence of political counter movements and political polarization on democratization and autocratization.